Choosing Pompeii as my destination after running away from Rome was quite possibly the best choice ever. Pompeii served as a place to recoup, gather my thoughts, and actually enjoy Italy. The city itself is a bit ironic, if you know it’s history. To put it shortly, in 79 A.D. Mount Vesuvius erupted and left 4 Roman cities, including Pompeii, buried under volcanic ash. It’s a place devastated by death, but yet still full of life. With Mount Vesuvius as it’s backdrop, it’s a constant reminder of nature’s incredible forces of growth and also destruction.
Many tourists only go to Pompeii for a day trip but I am so glad Alex and I spent a few days there (after I decided to ran away, Alex came to Italy!). The city closest to the Pompeii ruins is also called Pompei. The locals and shop owners were so friendly! I think it also helped that we went during the off-season. I felt like we had the whole city and ruins to ourselves! Pompeii is easily my favorite European experience thus far. Without further ado, here is my 48 hour guide to Pompeii! 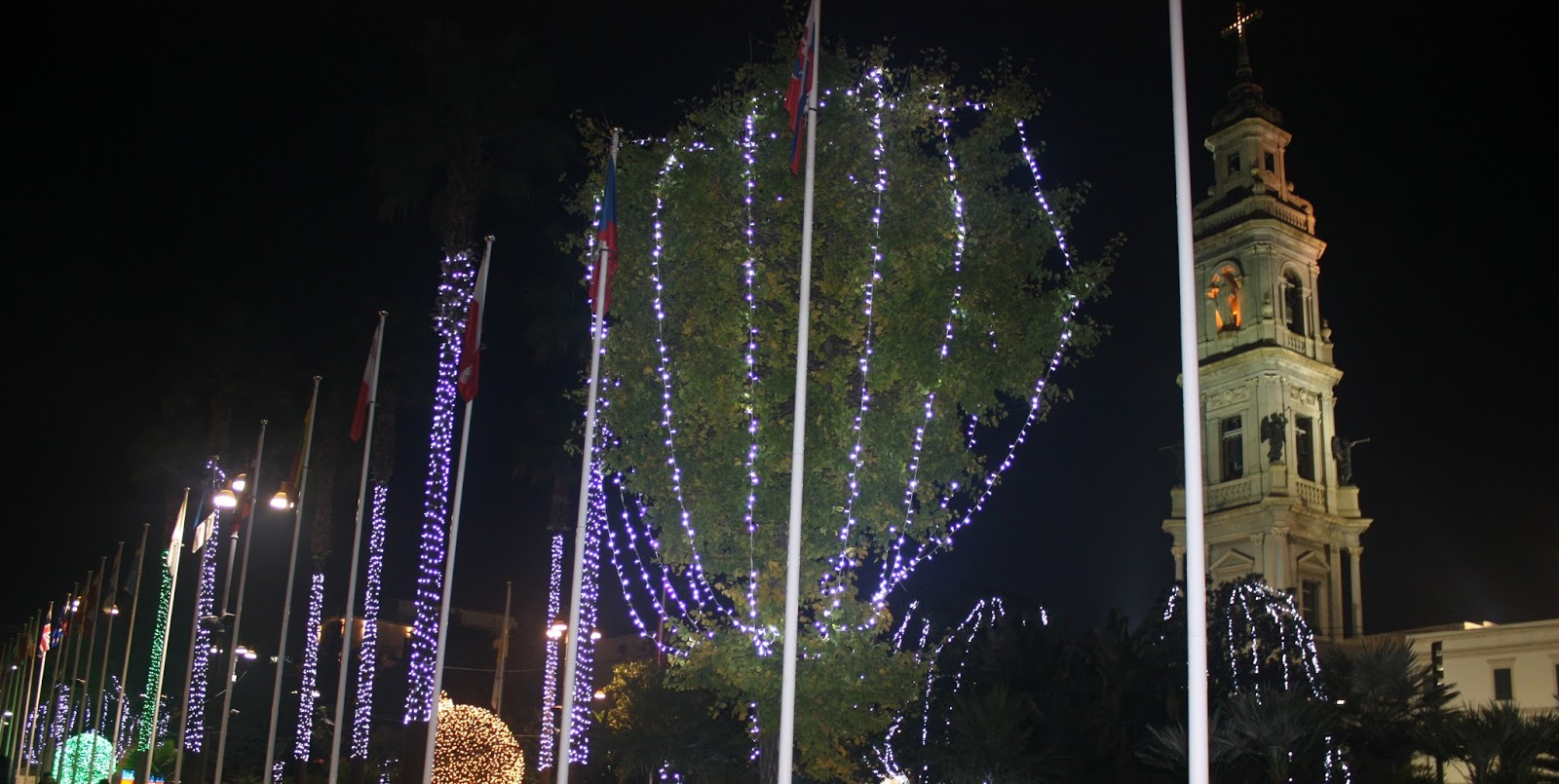 Getting here: From Rome Termini Station, you can purchase a train ticket for about $30 to Naples. Then, take the subway/train heading towards Sorrento and get off at the Pompei stop. 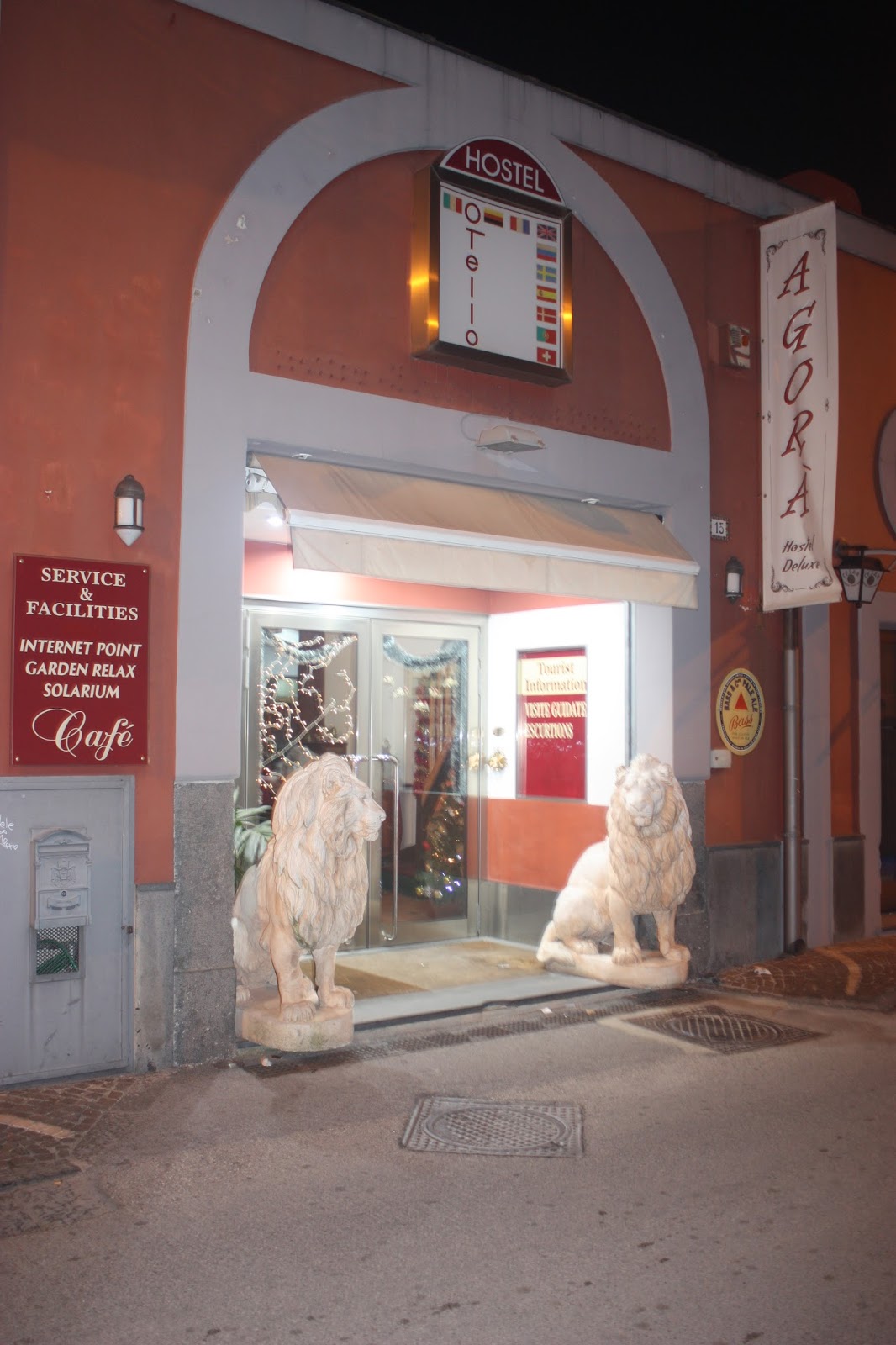 Where we stayed: Agora Hostel
This has been my favorite hostel stay in Europe so far! The hostel owners, Lorena and Vince, were the most gracious hosts. They made sure our stay was a wonderful experience and recommended some great restaurants and even let us borrow their Pompeii ruins map and guide book! Alex and I shared a private room that included a bathroom. Thankfully, the hostel provided towels, sheets, and wifi. The hostel doubles as a restaurant as well and if Lorena cooked her vegetarian lasagna, I HIGHLY recommend you order it!

Day 1
Toured Pompeii Ruins
The Ruins are quite possibly the coolest thing I have ever seen so far in my 23 years. There is so much history held in this area and it’s nice to be able to reflect on the lives of Pompeiians from thousands of years ago. It can be amazing to think about just how similar we are to them even though we live in a different millennium. Pompeii included homes of the wealthy with vineyards, simple homes, a brothel, various amphitheaters for sports, theater, and poetry readings, and much more. We spent about 6 hours in the Ruins. I’ll just let my photos do the talking 😉 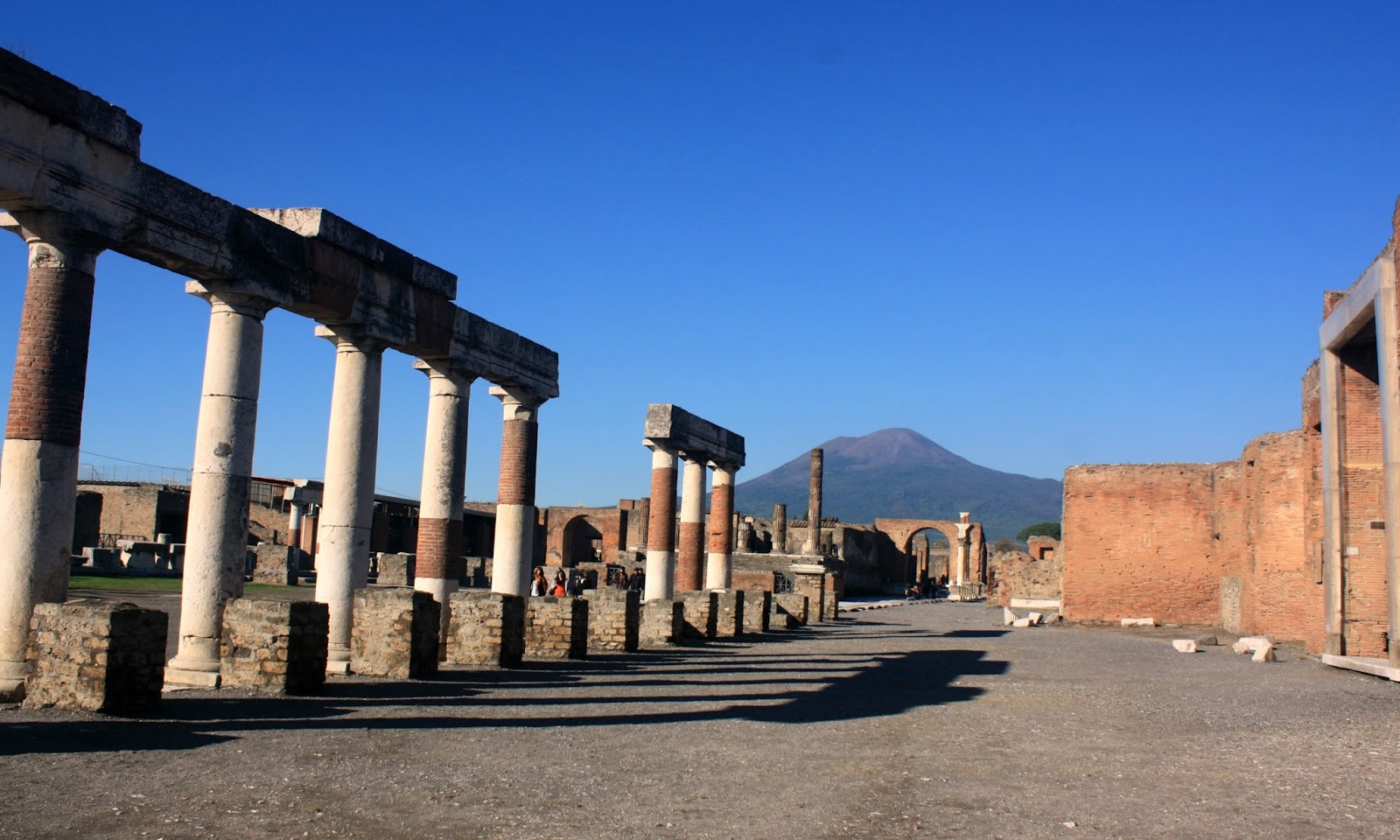 In Pompeii’s forum with Vesuvius in the background 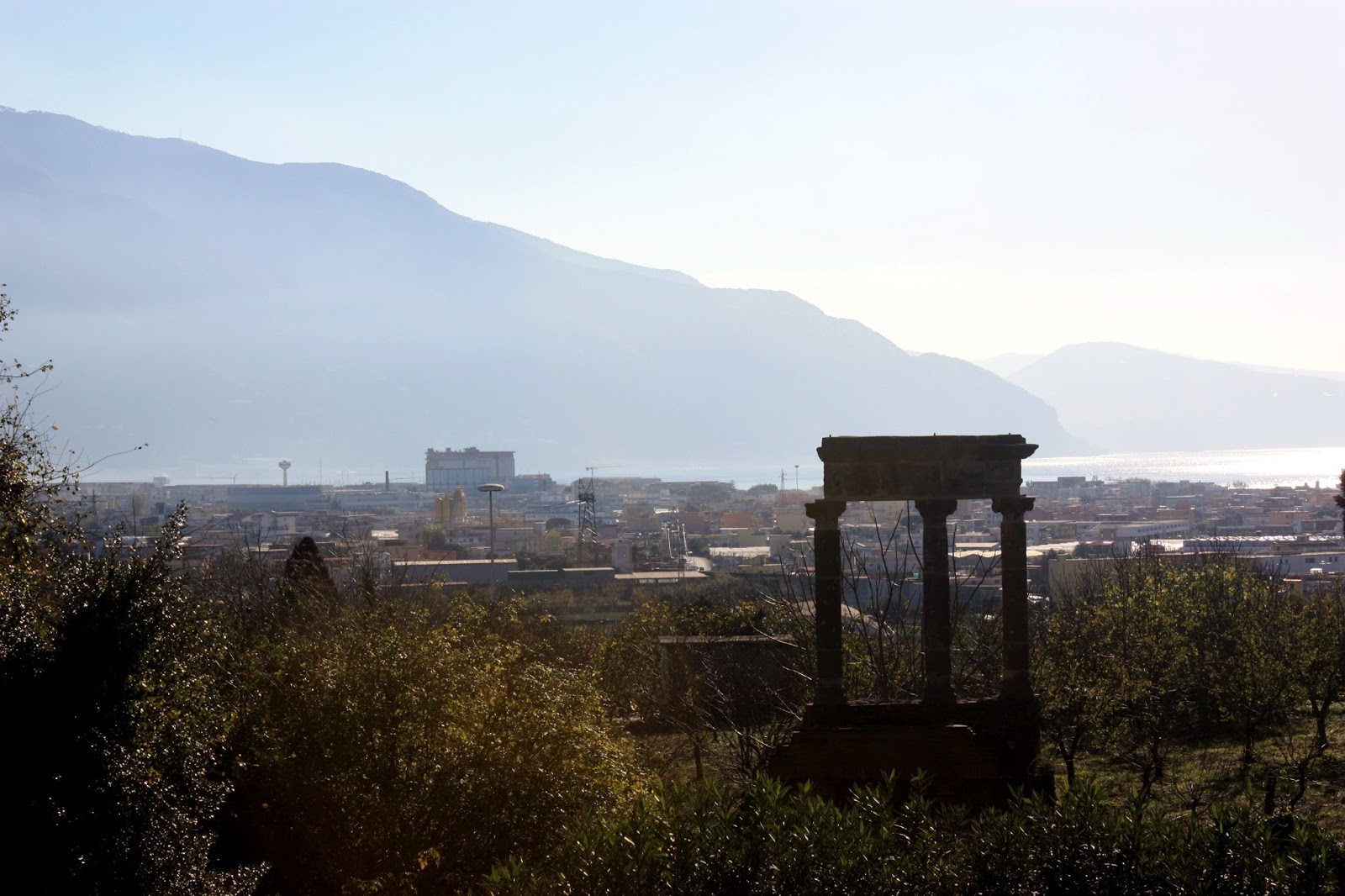 Ruins with Sorrento in the background 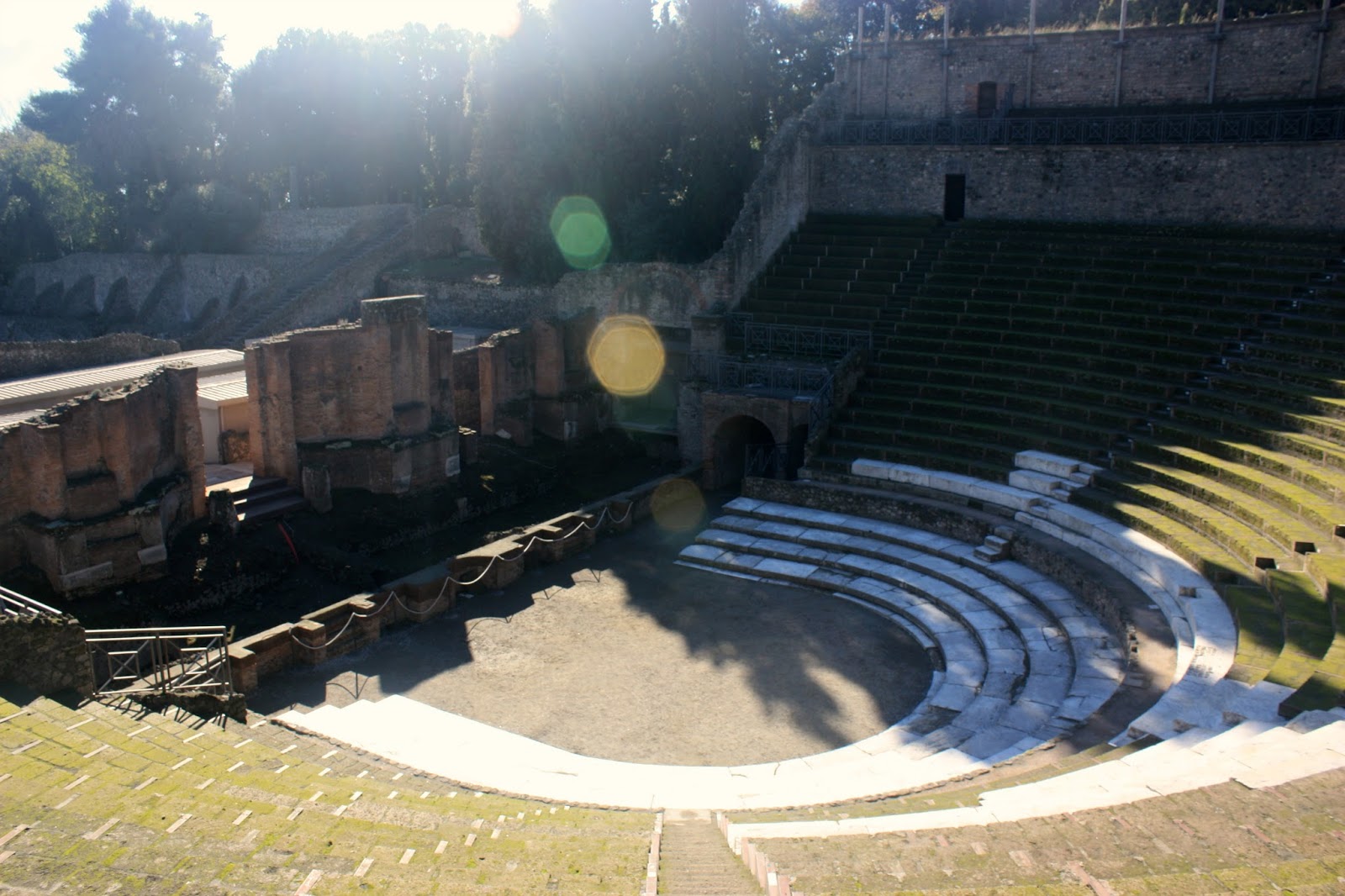 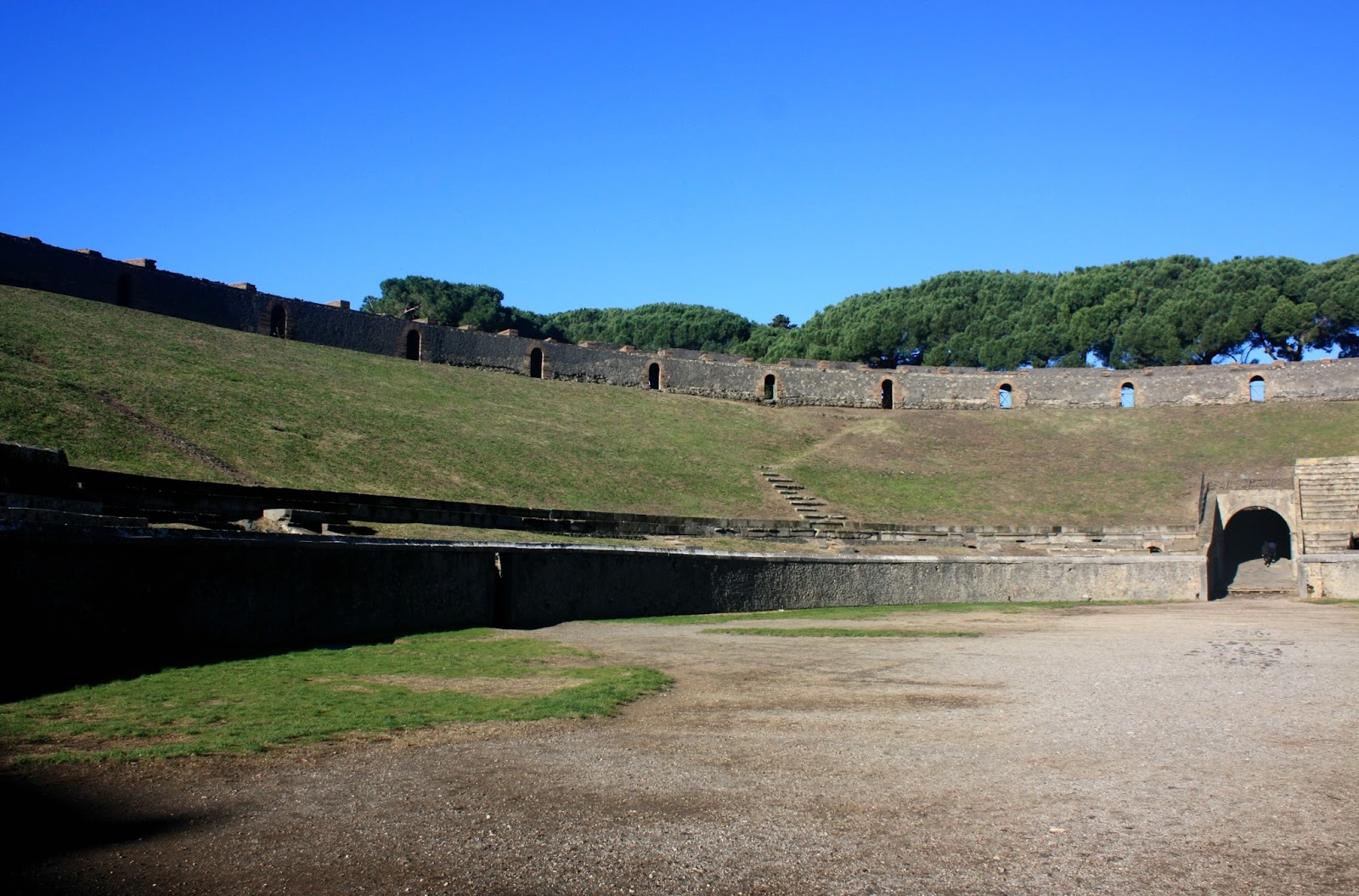 Large Ampitheater for, you guessed it, gladiators. Much like how sports fans are crazy for their team today, Pompeiians might fight to death over a feud between opposing fans! 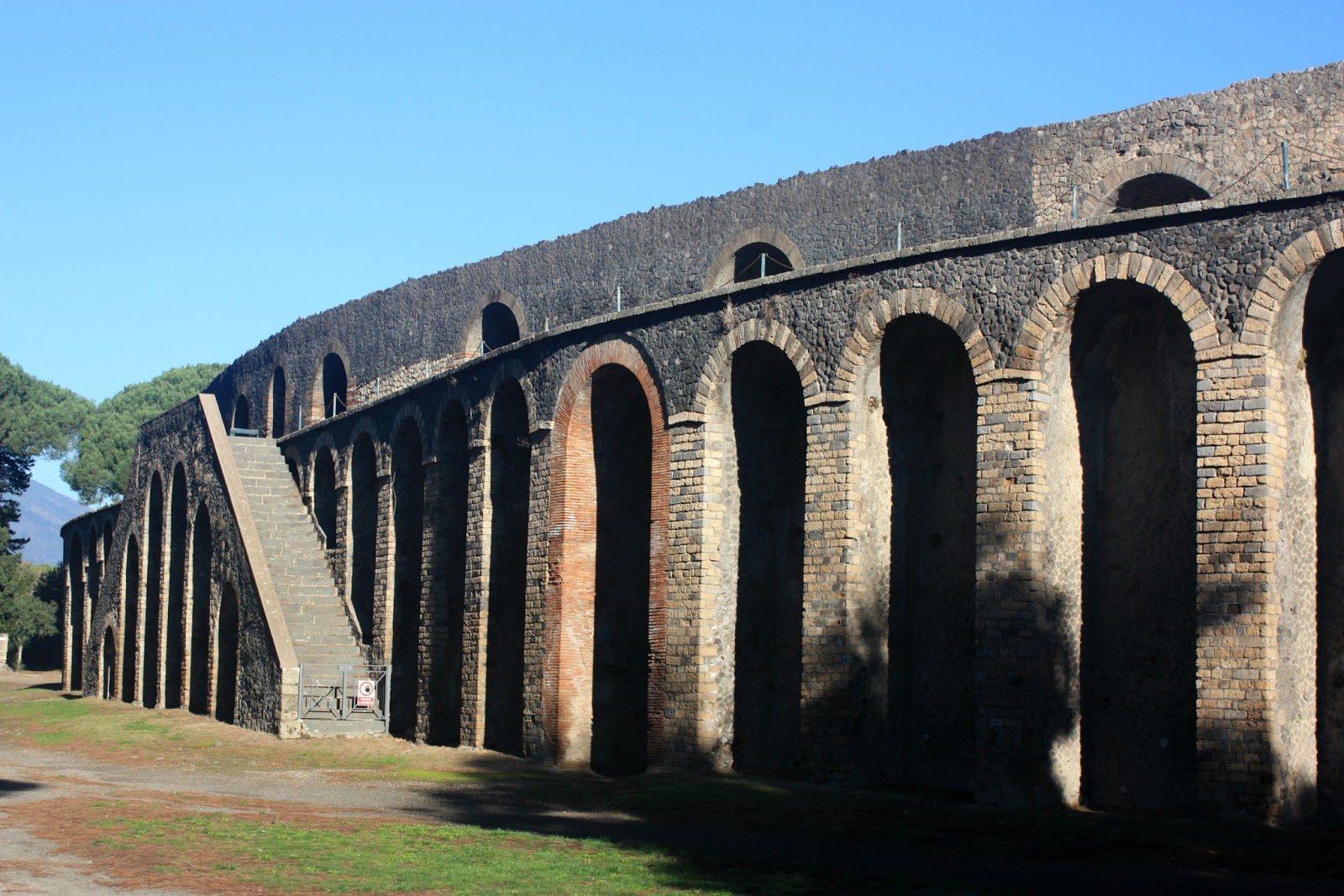 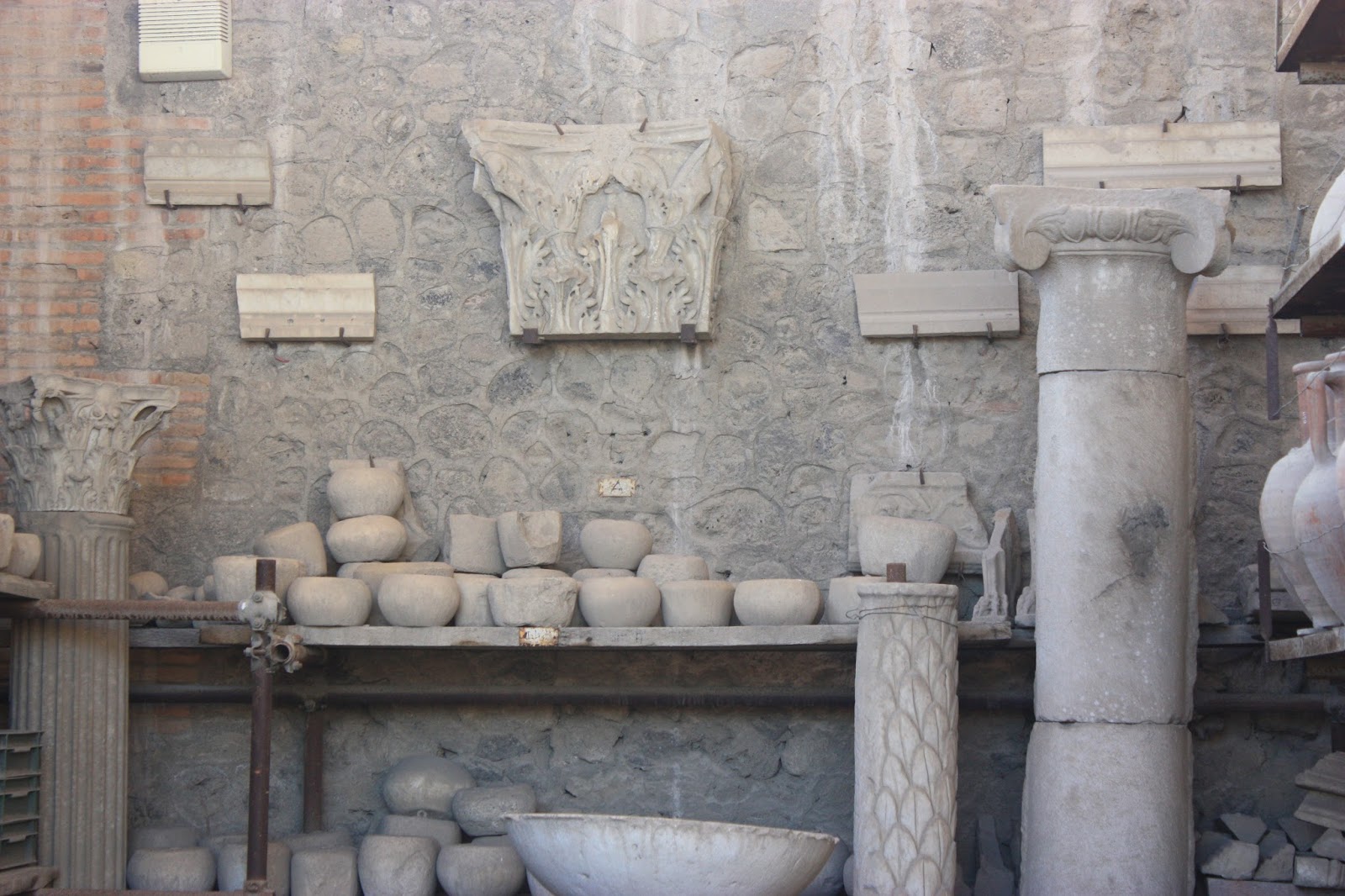 The most moving part of Pompeii was seeing the castings of buried citizens. You can see their agony. While many were able to escape before the ash fell, many were left behind, buried alive. I felt weird taking a photo of this particular casting but it is one that haunts my memory. While we may think that we cannot relate to those humans of thousands of years ago, agony and fear are very much a part of the human experience no matter what era. 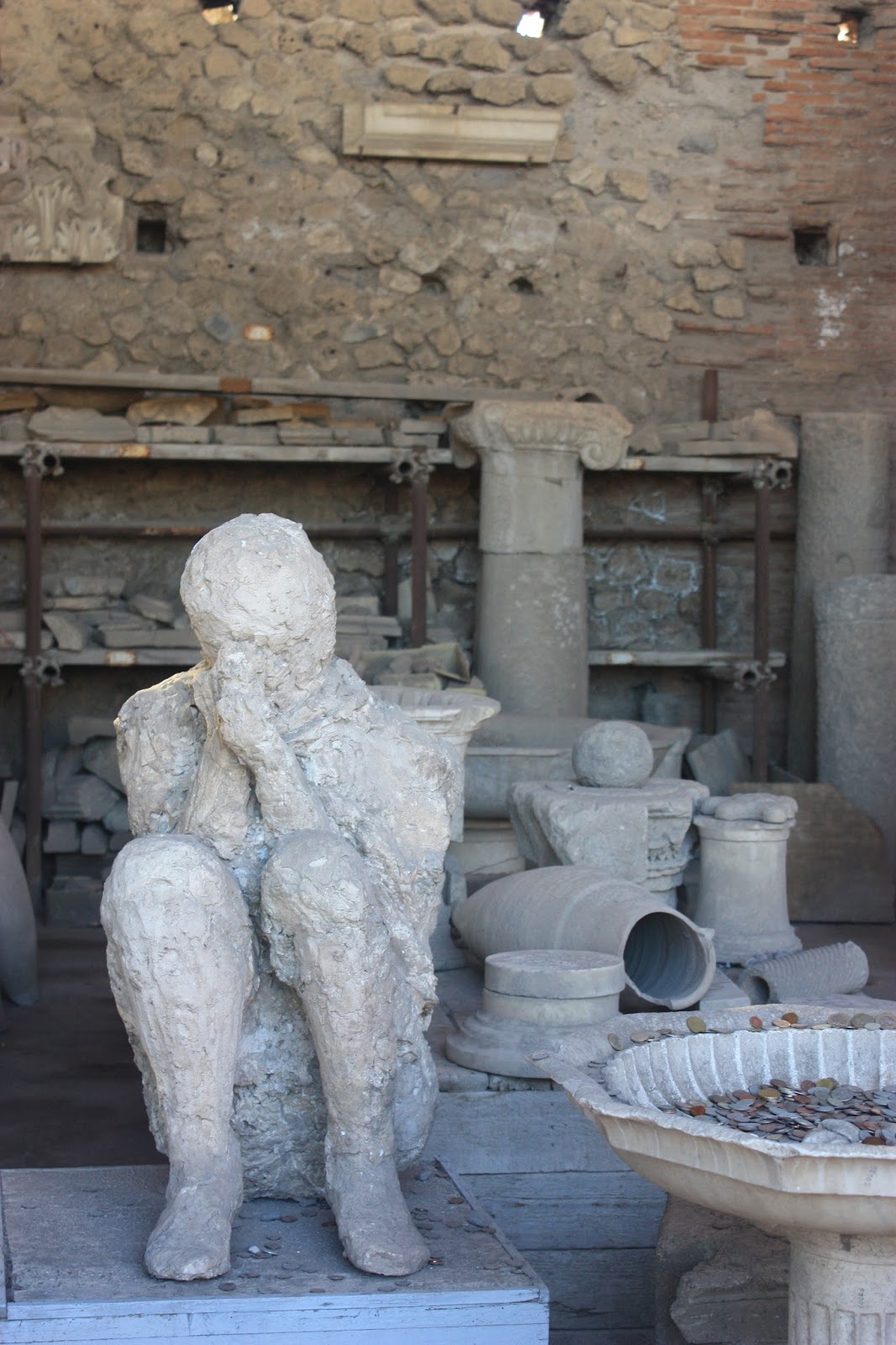 Pompei Sanatorium & Belfry
Sanatoriums and cathedrals were often the cause of new communities throughout Europe. As such, the rest of the city forms around them and these buildings become an important part of the communities center and history. The Sanatorium is gorgeous inside and definitely worth checking out. There is also a small museum. Lorena and Vince recommended we go to the top of the Belfry for a stunning view of Pompei and surrounding areas. It’s only $2 and well worth it! 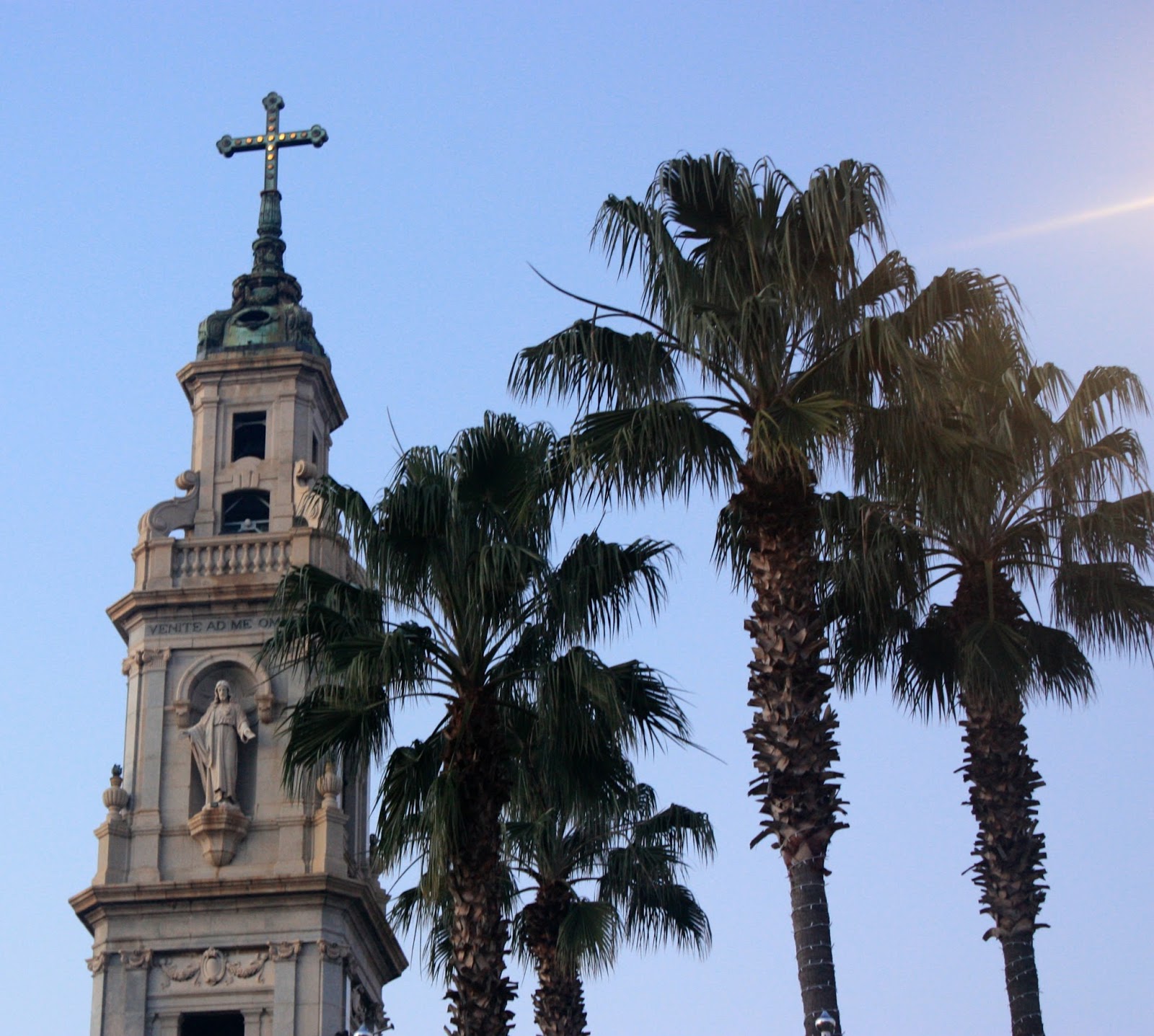 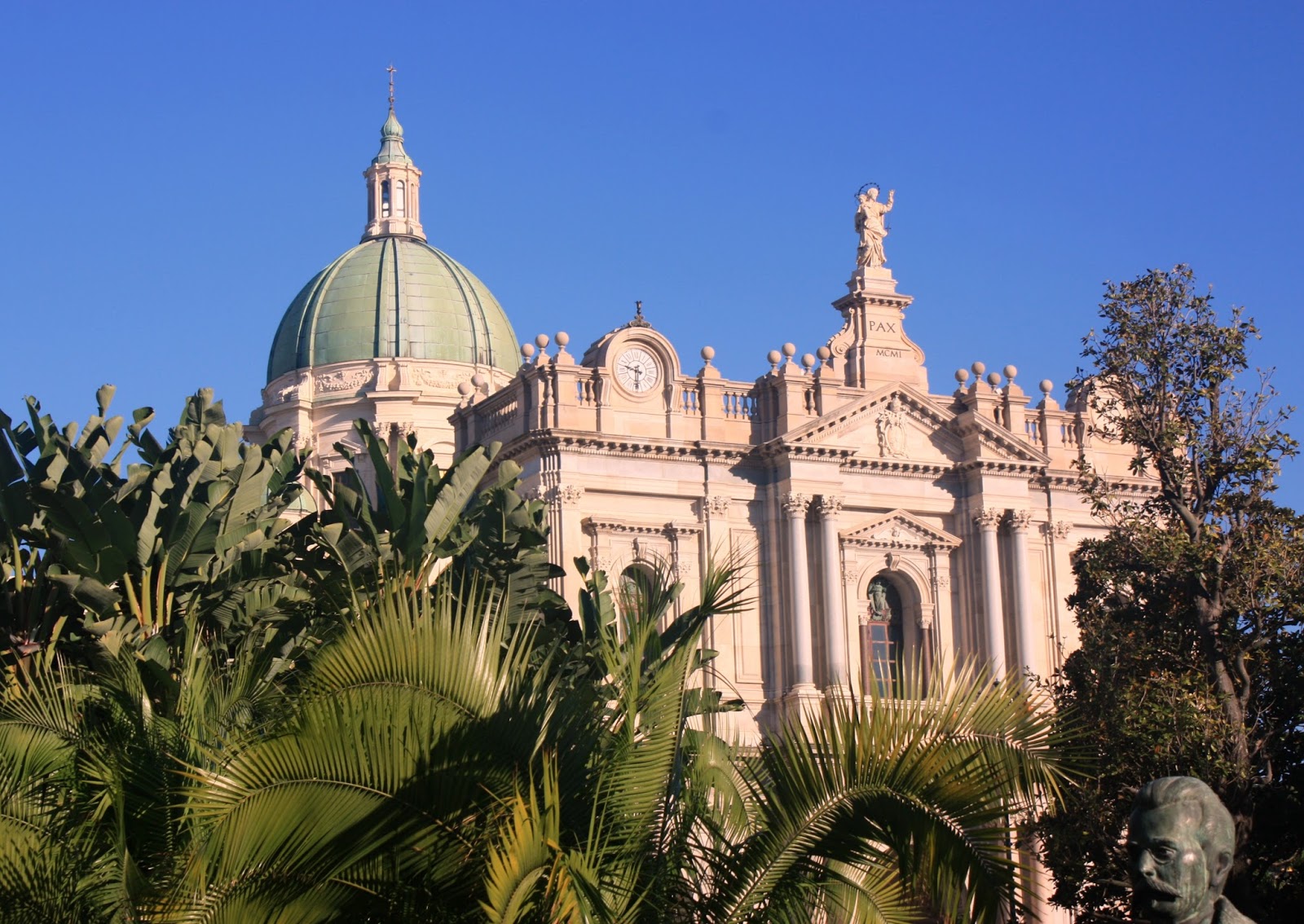 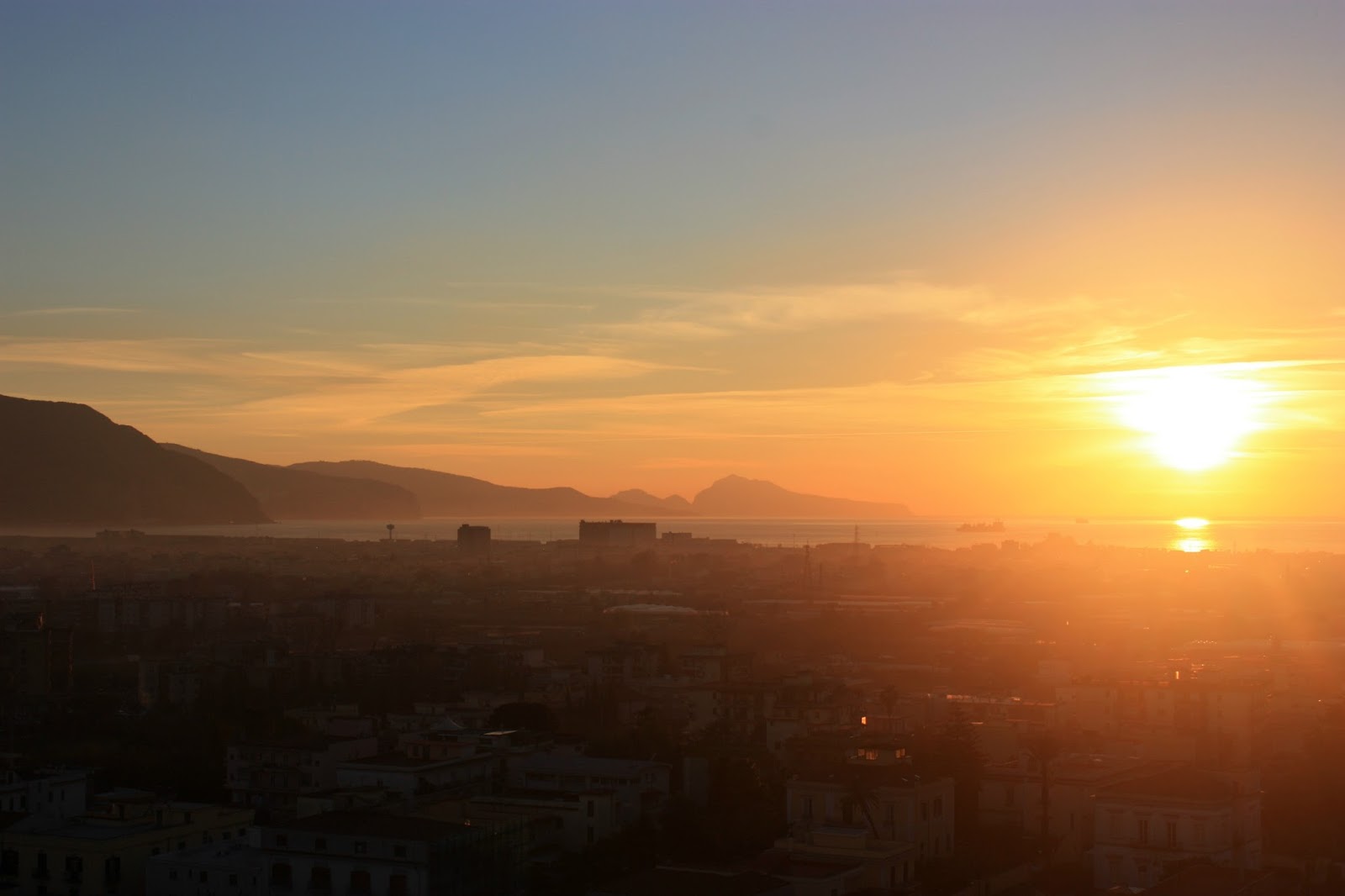 Sunset view from the Belfry! The definition of gorgeous! 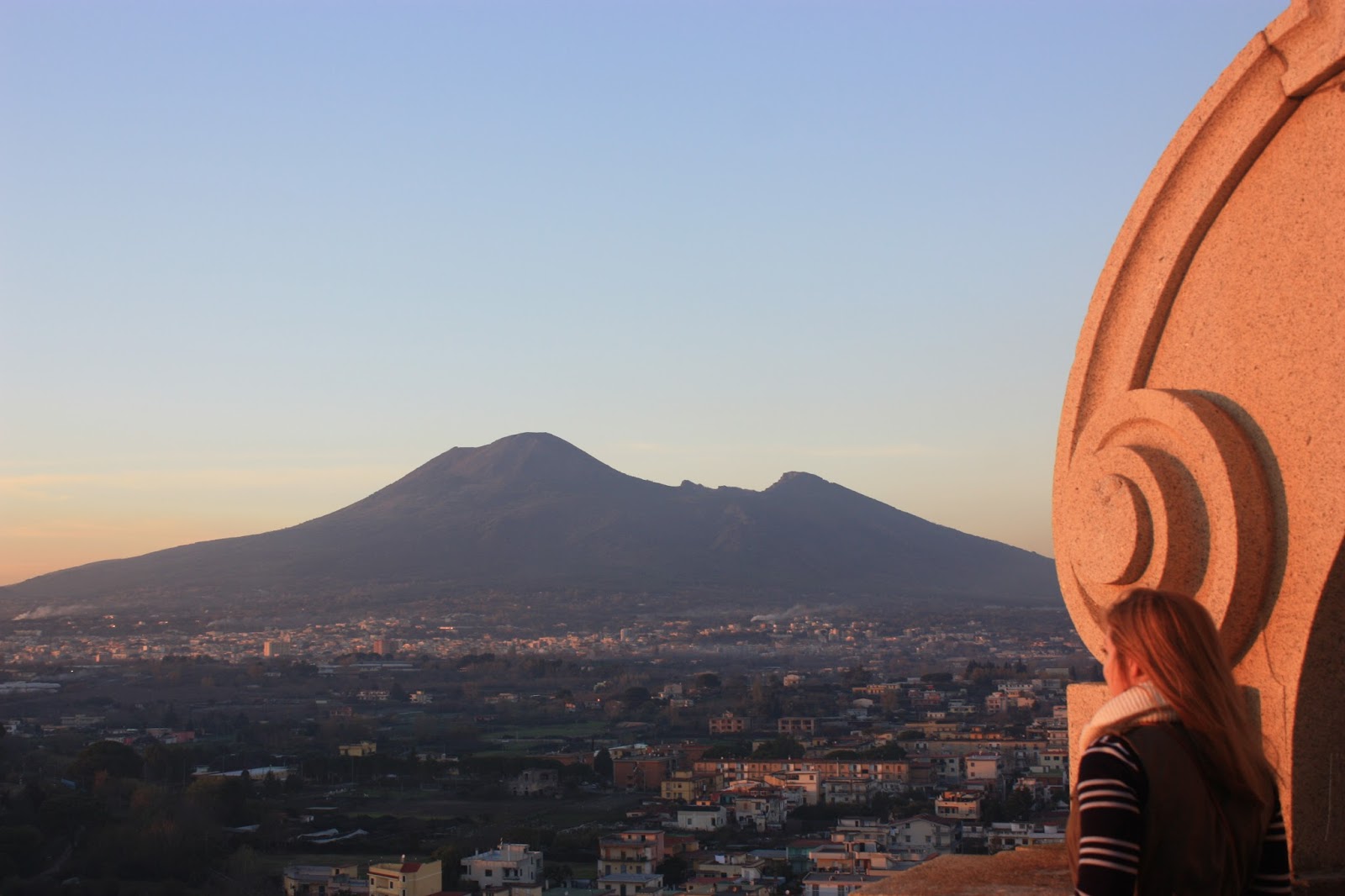 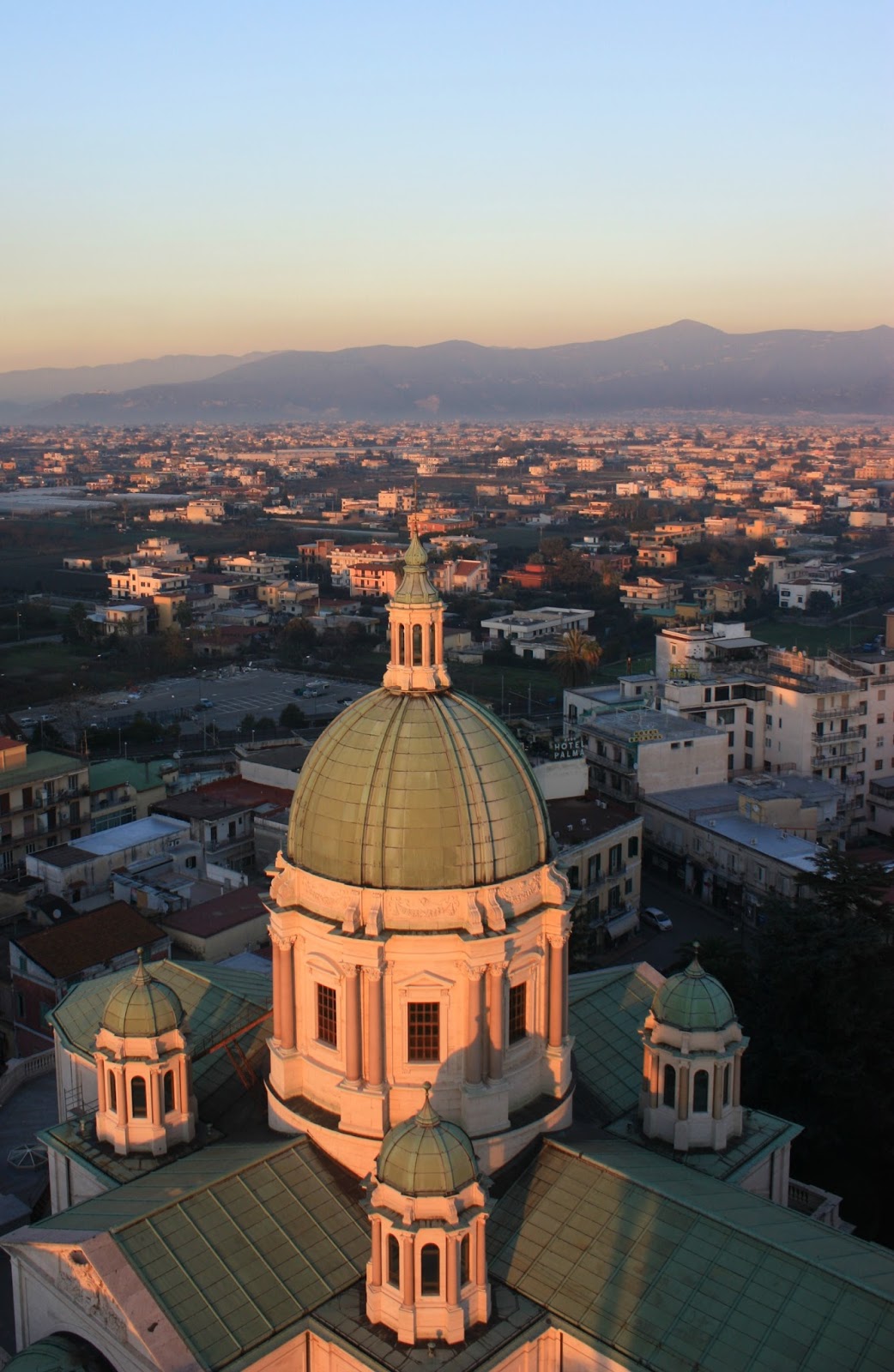 Dinner at Todisco
via S. Giuseppe, 36 & Piazza Schettini, 19, Pompeii, Italy
Todisco was another awesome recommendation from the folks at Agora Hostel! Alex and I had gnocchi, eggplant parmesan, fresh bread, fresh mozzarella, meatballs, and beer brewed right at the restaurant! The staff was friendly and even offered me a meatball to taste for free when I inquired about what it was at the counter. Everything tasted SO good! 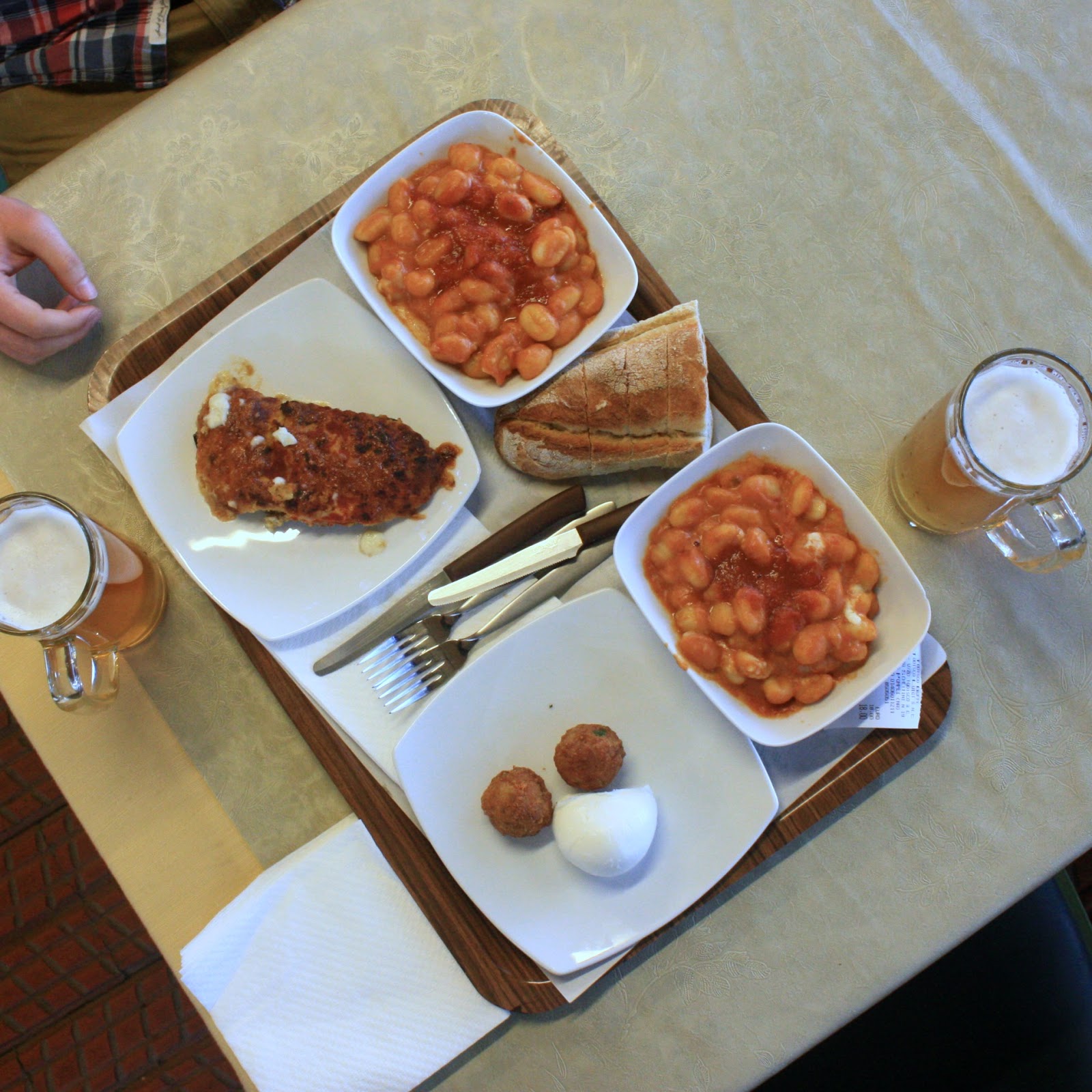 Hiked Mount Vesuvius
Take the EAVBUS for about $20 roundtrip. It will take you up to the hiking point where you can purchase entry tickets for around $5.

At first, we only planned on being in Pompeii for a day but added on an extra 24 hours just to climb Vesuvius. It’s a pretty steep walk and I’m not gonna lie, I definitely wanted to give up half way through.  So much so that halfway up, we ran into a small souvenir shop. Alex ran in and purchased a Mars bar. My favorite! But he wouldn’t allow me to eat it until I reached the top. The walk was much easier from then on. Alex sure does know how to motivate me, hahaha!

I’m so glad I didn’t give up! Vesuvius offers an incredible view of it’s surrounding areas and there’s also wine for $1.50 at the top. The hike was well worth the view. Plus, how many people can say they’ve climbed a volcano?! 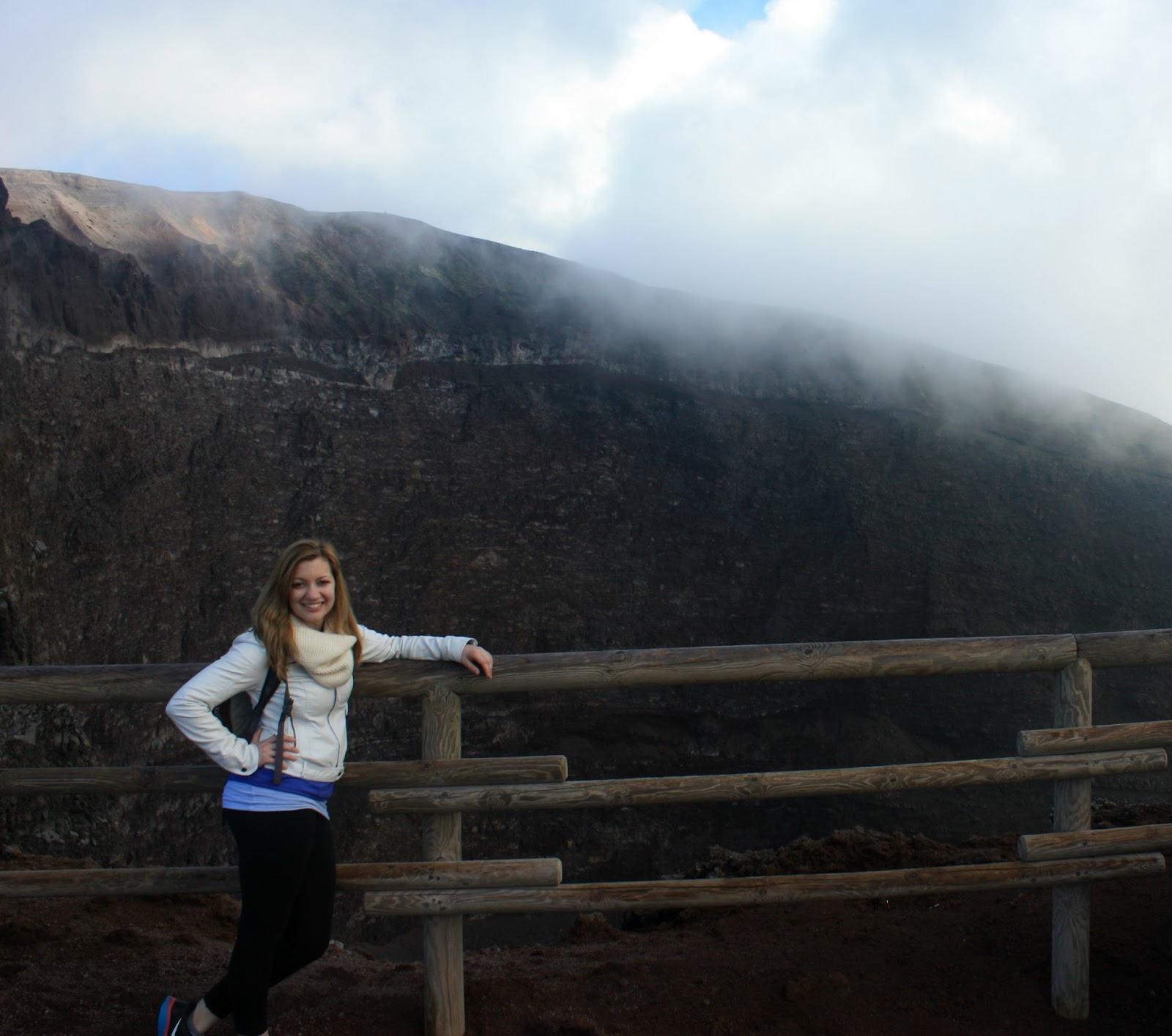 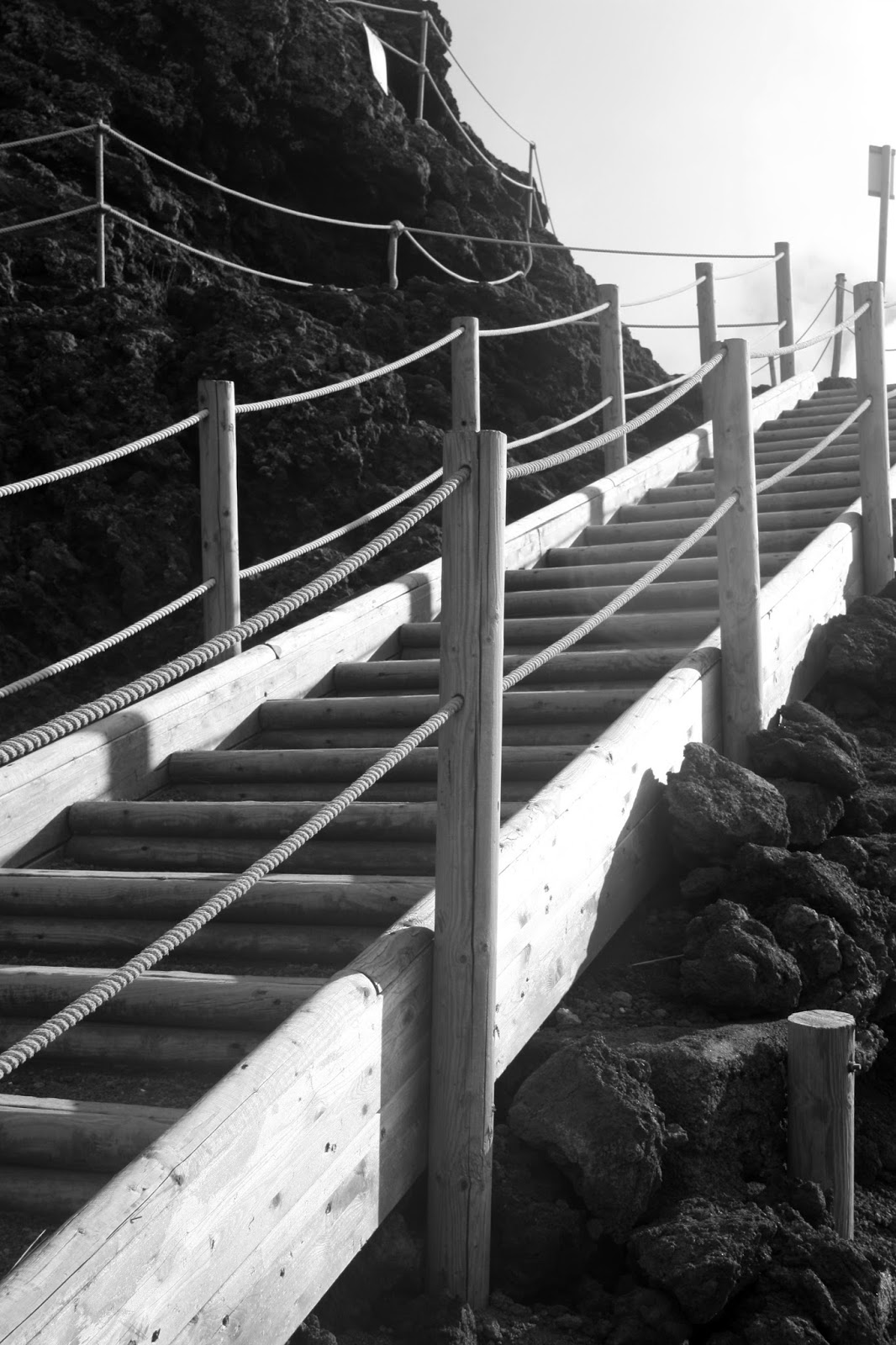 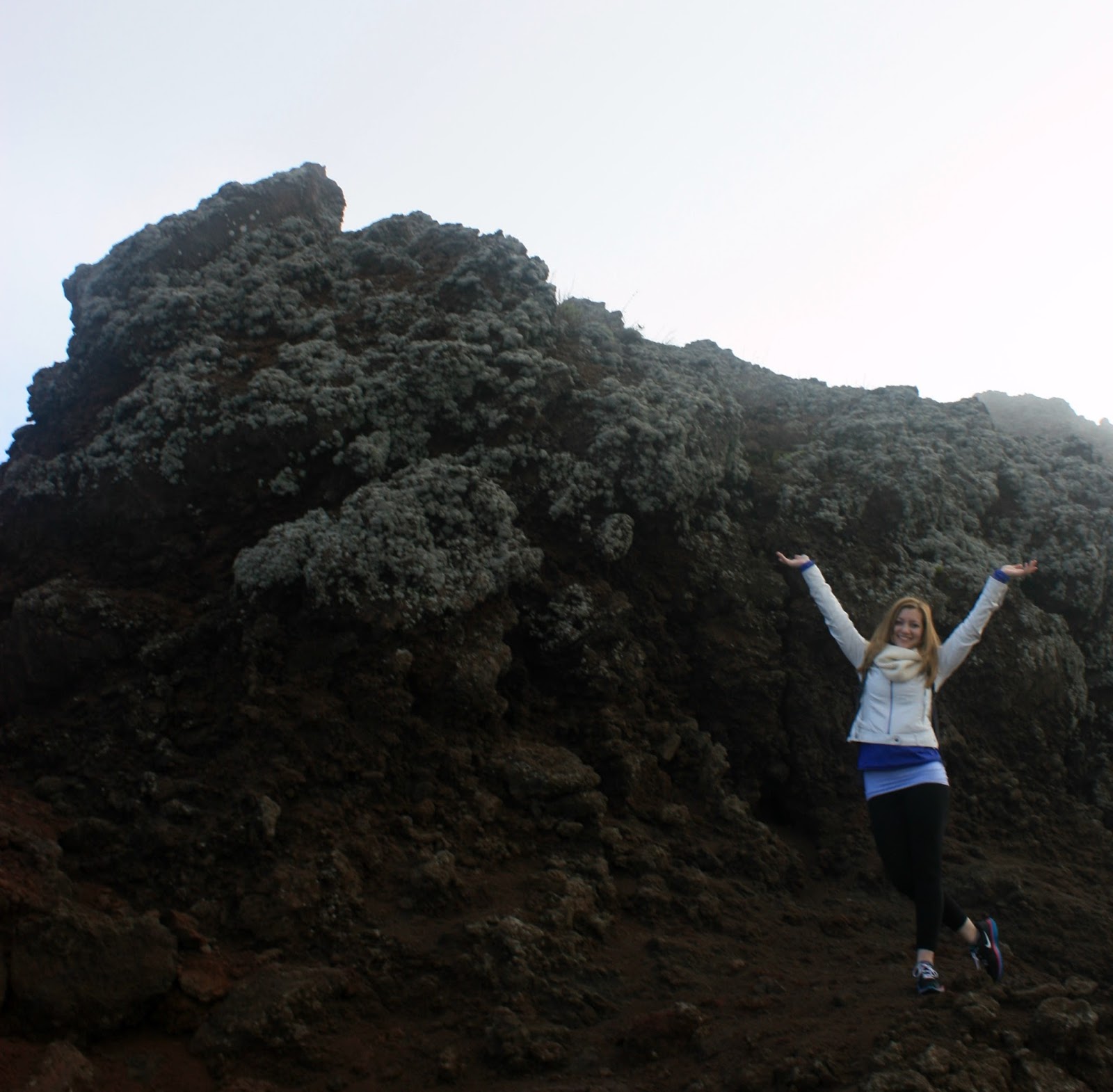 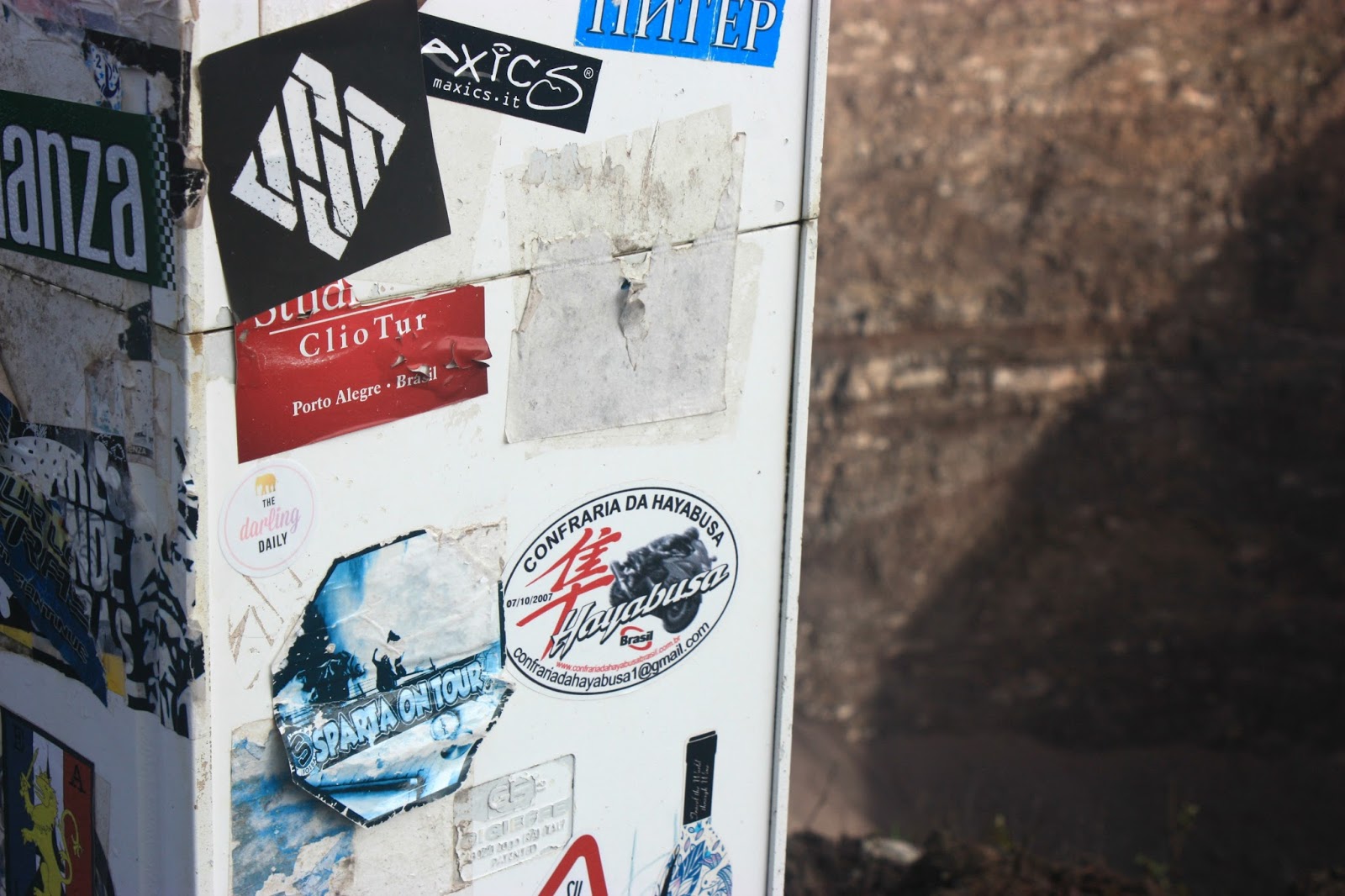 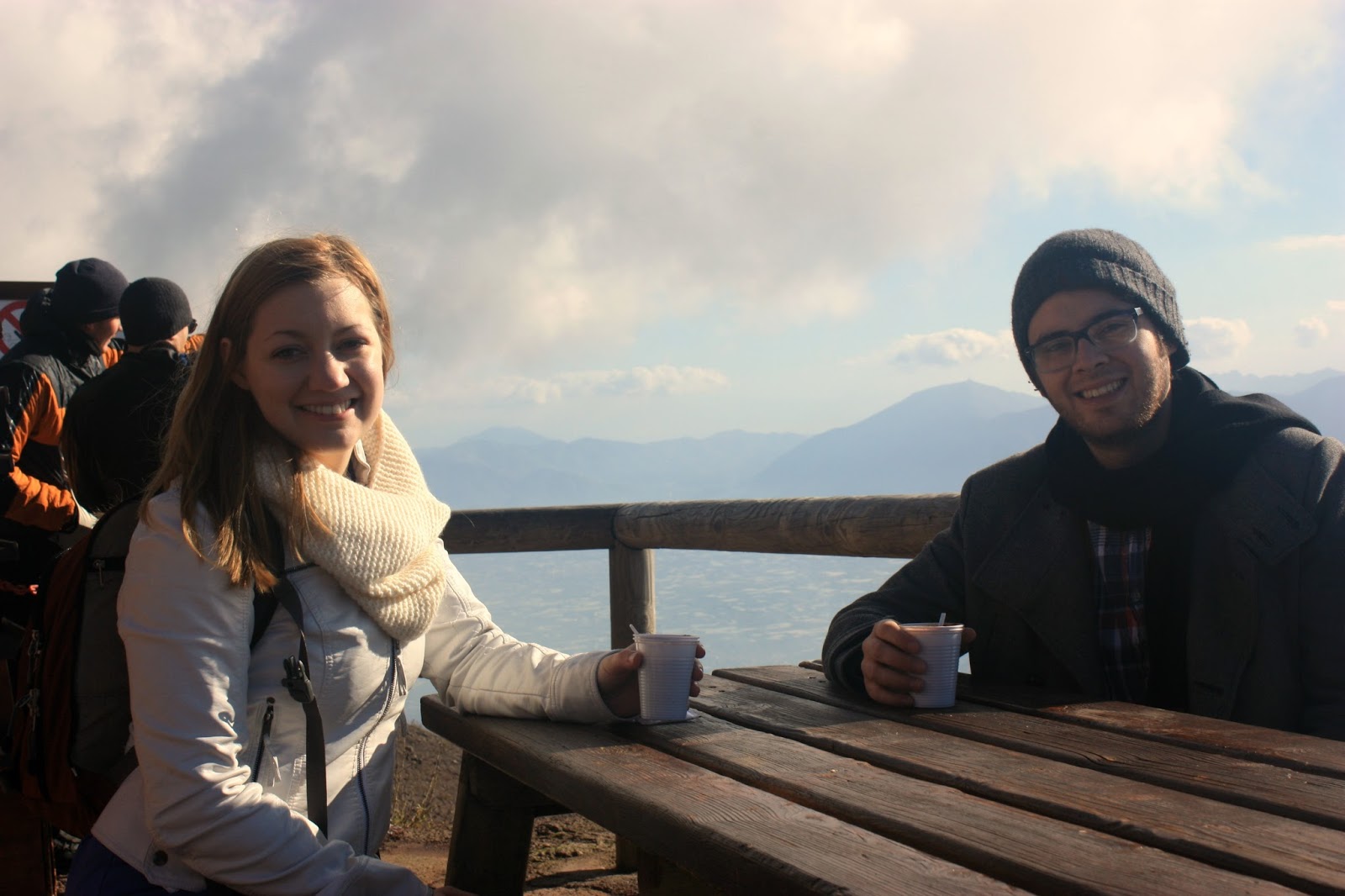 Sorrento
After the hike, we took a train to Sorrento for the evening. I’ve seen so many gorgeous photos of this place so it was definitely somewhere I wanted to check out. It’s a cute little city during the off-season with it’s Christmas lights but I’m positive it’s a much better experience during the summer, even though that also means loads of tourists. Maybe one day I’ll go back to explore some more but it was nice to see the Mediterranean coast for a few hours. 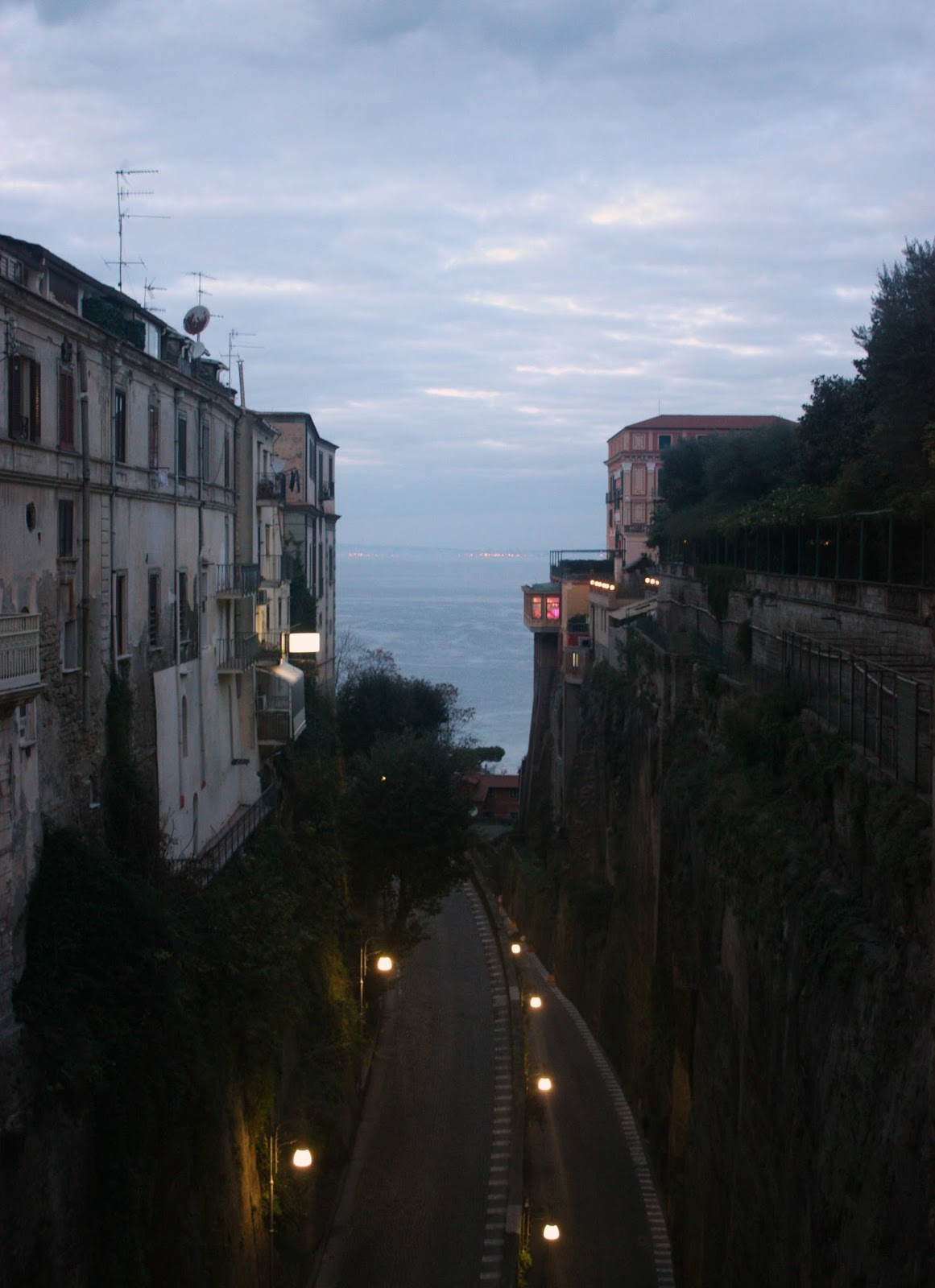 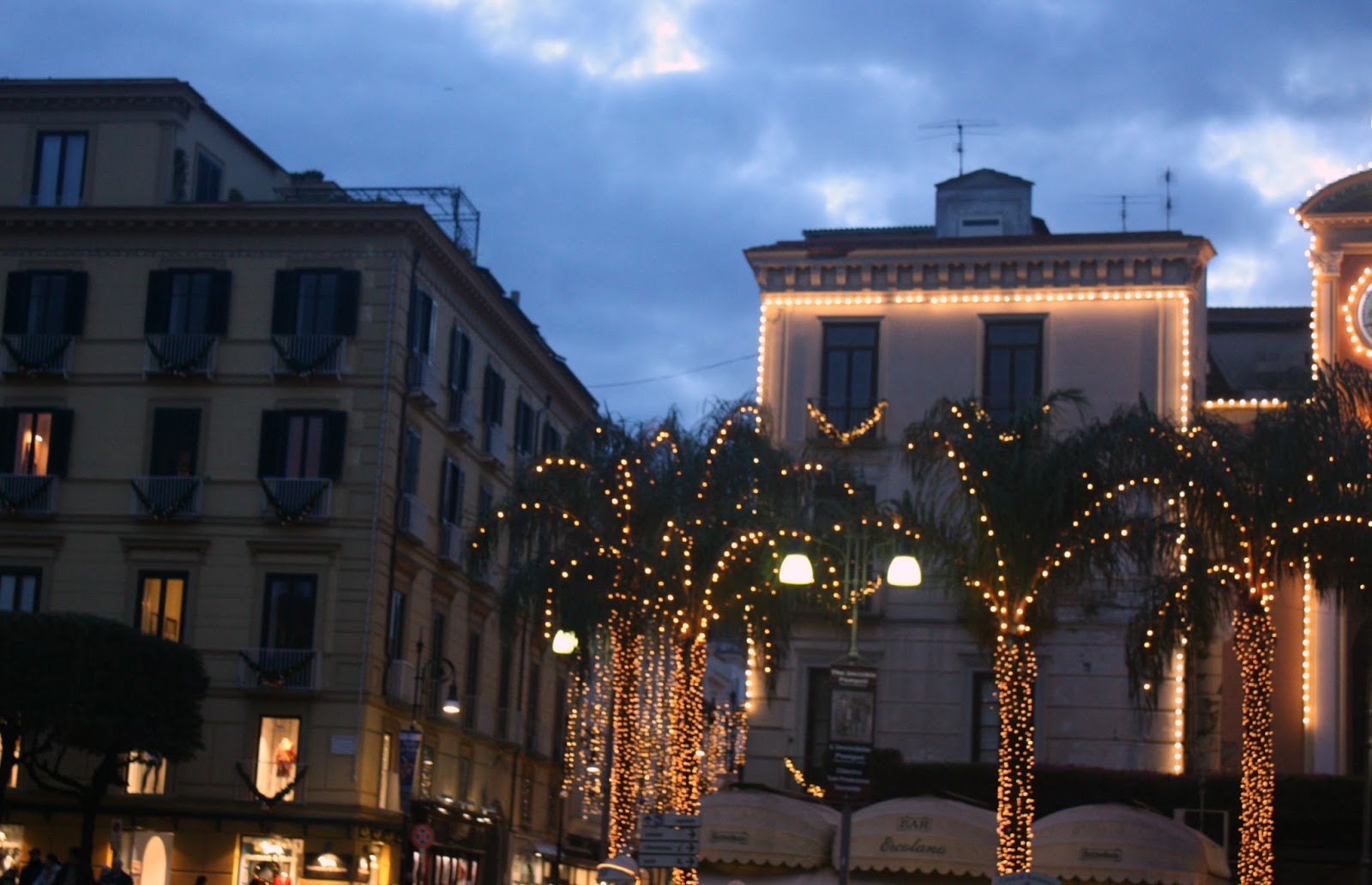 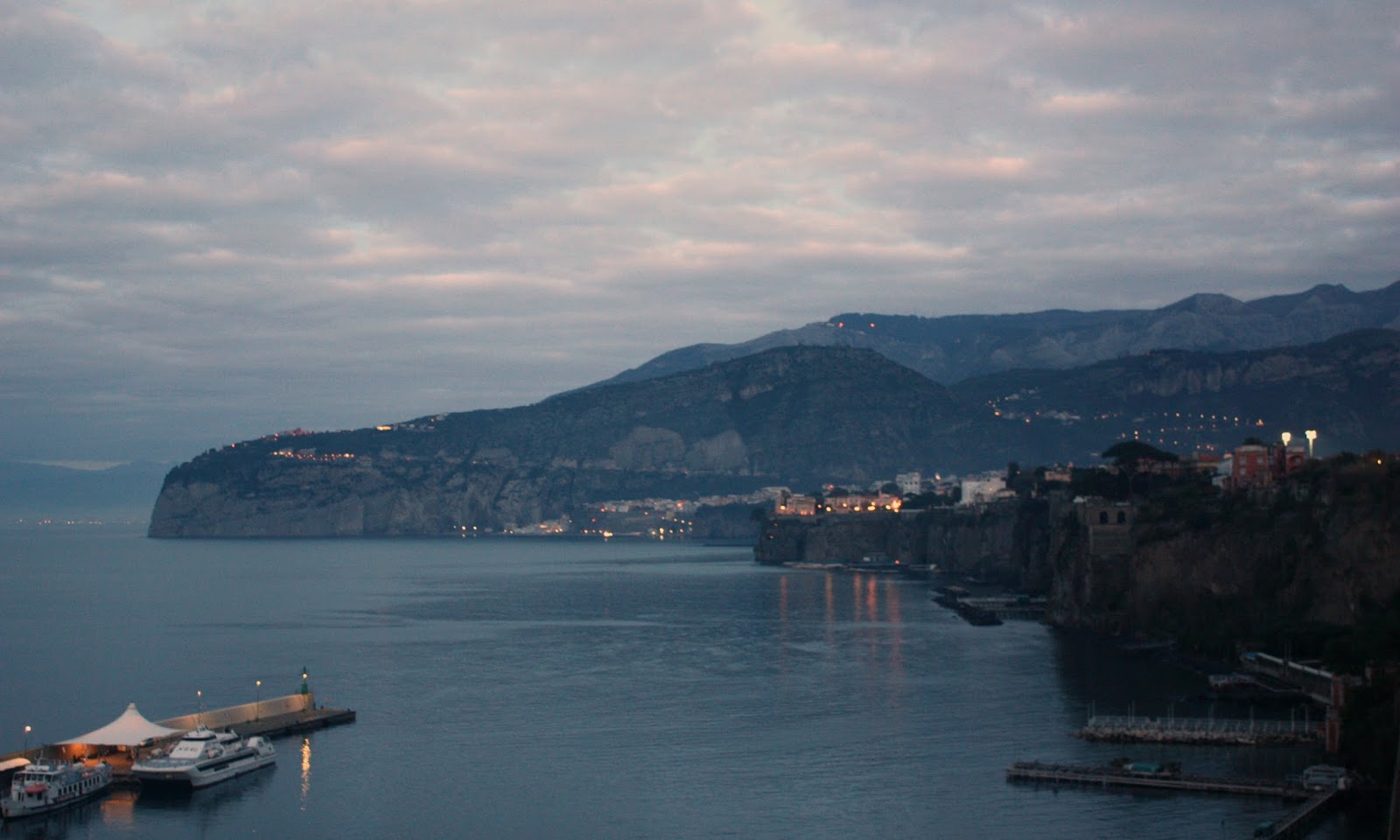 Have you ever been to Pompeii? What’s your favorite travel experience?

Just a girl forever searching the world for the perfect slice of pizza. Read more here...